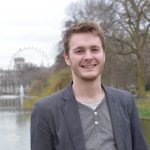 Born, raised and schooled in Oldenburg I started playing Handball with 11 years and did not dare to leave this nice city for my studies. Fortunately their Physics department also focussed on one of my main interests being renewable Energies. Apart from nice holidays that took me around many places in Europe I only really left the city just once for half a year to do an internship in Sheffield – England.

Supervised by Daniel Schertzer and Yelva Roustan I started my PhD at Ecole des Ponts et Chaussées on Multifractal Simulations and Nowcasting of intermittent, Turbulent Diffusion in October 2017. The project is a cooperation between three labs, HM&Co, CEREA and TwiSt (see details below) and aims to compare a multi fractal analysis with a stochastic analysis and extend applicability form scalar to vectorial cases and also introduce some short time forecasting from these data. This will be done on the example of intermittent turbulent diffusion data from the SIERTA test site in the south of paris, data from the TraffiPolu project and turbulent wind data from the Growian test site of Oldenburg.

Oral presentation: On Kramers-Moyal Analysis at the ERCOFTAC (11 Workshop on Synthetic Turbulence Models) 29/30.6.2015 in Lyon

2013-2017: M.Sc. in Physics at Carl von Ossietzky University of Oldenburg including half a year at the University of Sheffield exchanging about stochastic analysis.