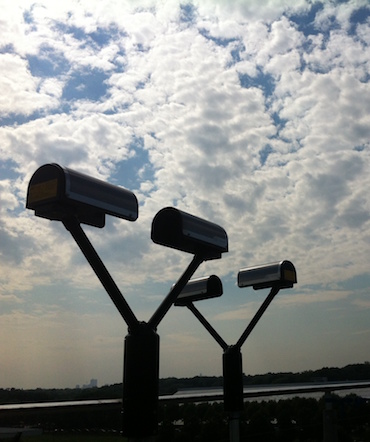 In the framework of the Fresnel platform, Ecole des Ponts ParisTech operates 6 optical disdrometers. Such devices are made of a transmitter that generates one or several laser sheet(s) and receiver(s), and compute size and fall velocity hydrometeors.

Two types of devices are tested:

The devices were /are used in various measurement campaigns. Daily quicklooks can be accessed through the following calendars:

A data paper presenting the disdrometer data base available was published in Earth System Science Data (link), with a sample made available (link).

The following projects are acknowledged for financial support: